“Employment” is a rewarding process with sometimes not-so-rewarding values; most of us, at least once in our lives, have been recruited into a company with distant vibes that ended up making our lives hell.

Whether it’s a part-time job during your high school days, where your so-called boss berated you for every minor inconvenience, or a “decent” position you took after your working years hard at college where you have to co-exist with your micromanager manager — finding a place with a positive culture can seem like an impossible game.

And although these days people are talking more and more about toxic work atmospheres, some organizations still maintain unethical environments and require workers to stay in the building on their unpaid lunch breaks.

“My supervisor at Carl’s Jr. is telling everyone we can’t leave the building on our 30 minute lunch break” – this online user took to the r/antiwork subreddit to share how employees at this fast food restaurant are unable to leave the building during their lunch break due to the district manager’s order. 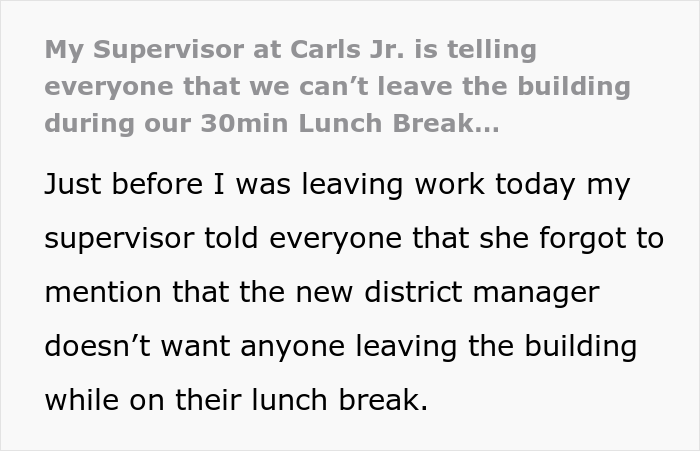 The author began his post by revealing that just before he was about to leave work, his supervisor informed everyone about a new rule introduced by the company’s district manager. Turns out the superior doesn’t want anyone leaving the building on their lunch break. 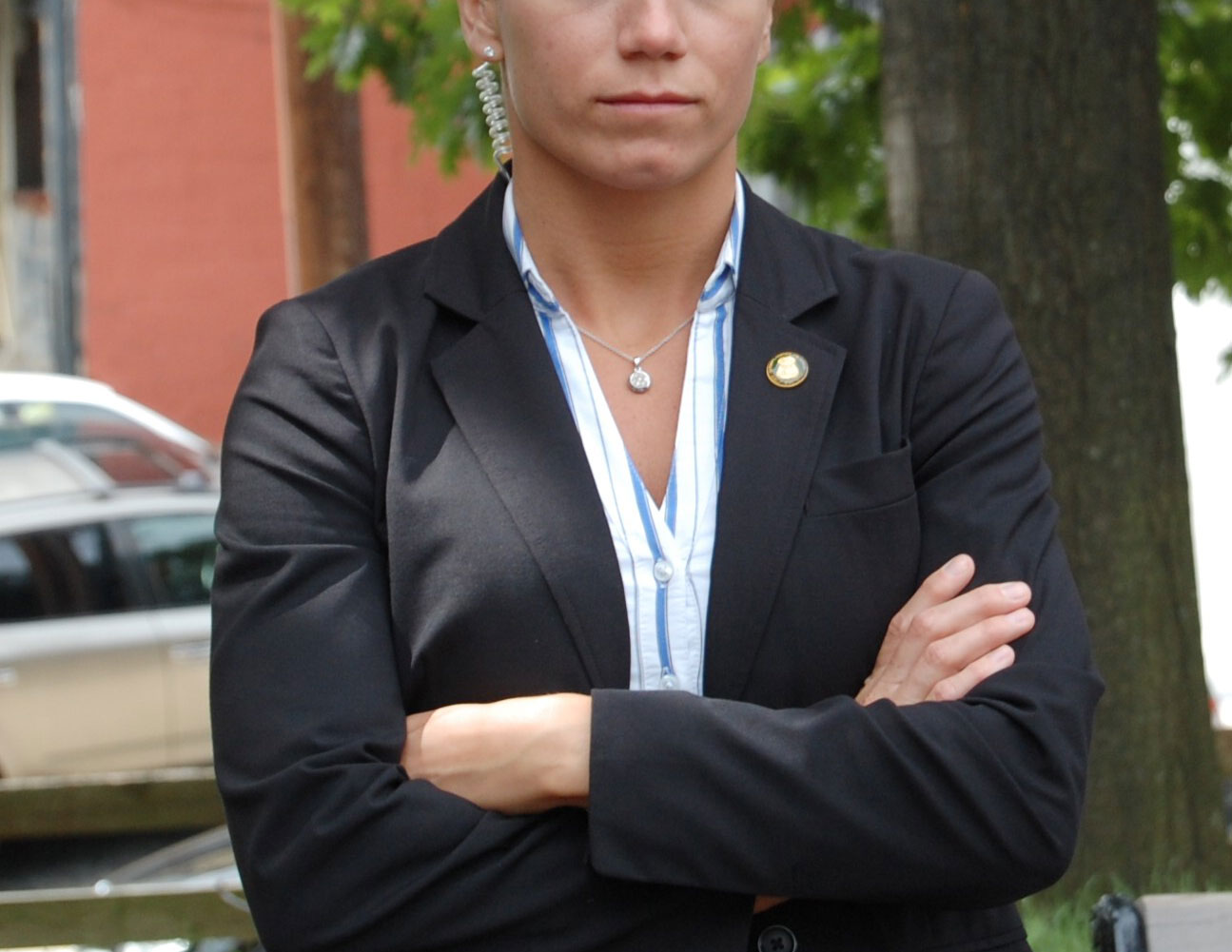 The request is very outlandish; no one in their right mind would ever propose a rule that would deprive their staff of their fundamental rights. But again, this is the infamous motto of all toxic workplaces.

Let’s imagine that, for some strange reason, management really expects employees to stay on the premises during their breaks, the least they can do is offer an explanation and maybe an official copy of the policy. . Plus, since they’re essentially forcing you to stay put – if they’re unwilling to pay for the inconvenience, they can’t dictate what you do in your free time.

Naturally, the man was shocked to hear such a statement. He shared that he looked at his supervisor hoping it was some kind of joke, although she quickly assured everyone that she was serious and that it was indeed a new rule. .

The OP then responded by saying, “Guess I smoke here now.” He also mentioned that now is probably a good time to buy a pack of cigarettes even though he only uses e-cigarettes. Finally, the employee ended his post by saying that Carl’s Jr. is “blowing” but at least all of his co-workers are great people. 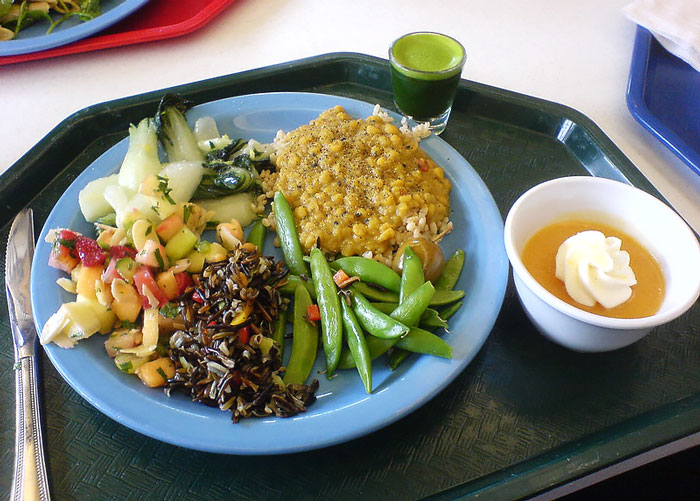 It is essential to remember that you do not have to obey the approaches of your company.

The most important “survival” tactic is to get out as soon as possible. However, if you are not in a place where you can drop everything and leave, you should be aware of your legal rights.

What do you think of the rule? Have you ever encountered similar problems in your work?

Other Redditors shared their thoughts on the absurd request